The growth of cryptocurrencies like Bitcoin and Ethereum has led to a greater interest in the technology behind these currencies from startups, individuals and governments alike. But as millions of people start to take an interest in the world of crypto, it is important to understand the difference between a Central Bank Digital Currency (CBDC) and a Cryptocurrency like Bitcoin.

There are many pros and cons to the CBDC economy. Jumping to conclusions based on incomplete understanding of the CBDC world is rife, especially since misinformation abounds and not much has been made public about the launch of the CBDCs by some of the economic giants in the world. This brief overview helps bridge this gap.

So What Is a CBDC?

Though fiat currencies are just as often transacted "digitally" as they are in cash, they are not "digital currencies" because the digital transactions are not independent of the fiat currency--the commercial banks need to generate (as in a loan) or account for (in a transaction) the requisite fiat money, and report it back to the central banks. Maintaining the books for these transactions, online and offline, is the job of the commercial banks. A digital currency like CBDC, on the other hand, is a true digital entity, in that it has no physical presence. It is controlled in entirety by central banks, removing commercial banks out of the picture altogether.

So CBDCs are in effect the complete opposite of cryptocurrencies, in that they are completely centralized and give the governments autonomy over not just the economy, but in the way the digital currency is used by people.

CBDCs can solve some financial problems, but not all, and might exacerbate some other problems depending on the way they are rolled out.

Since CBDCs are completely on-chain, without a physical component, the money supply is controlled digitally. The costs of printing paper money are eliminated in a world of CBDCs. The commercial banks being eliminated from the cycle of transaction as well, the overall transaction costs and transaction time can also be sizably reduced. Interest rates, financial lending, all will be controlled directly by the state, and the costs associated with the same will also be reduced.

Many countries, especially developing countries with active criminal lobbies, face a serious problem of counterfeit currency notes. In the year 2016, India launched a Demonetization program to dissolve the black markets that thrive on black money and fake currency notes.

Leaving aside the success or failure of the said program, the problem of counterfeit currency is real, and not yet completely solved.

CBDCs would solve this problem by eliminating the paper currency printing machinery. Since all the control and power rests with the central bank, and transactions happen on an immutable blockchain, counterfeit currency problem is solved to a great extent.

It is well known that the 2008 financial crisis was brought on by terrible mortgage financing of commercial banks, which cascaded into a worldwide financial crisis, leading to millions out of jobs, suicides, depression and economies facing serious challenges for growth.

The havoc caused by banks due the power vested in them is not small. By centralization of the currency, the problems due to human errors and frauds in commercial banks can be reduced to some extent.

In a world where all currency is digital, with complete access of its movements in the hands of a central bank, on the blockchain, there will never be a problem of access to data, authenticity of data and microeconomic planning and research.

A lot of microeconomic field experiments are not practically possible due to the nature of fiat currency and hurdles in logistical planning. With a CBDC, this is ruled out. Research and better insight into the economy are a side effect of having the currency on a blockchain.

Does CBDC Create Some Problems?

As a digital currency controlled and backed by the state, a CBDC suffers with many of the problems of the fiat currency. Unlike cryptocurrencies where there is no single controlling power or decision-maker, the CBDCs follow the diktats of the state, and are an extension of the policies of the state, an instrument for their purpose.

There is a big question mark on whether the central governments which regulate the digital currencies will make the blockchain public or not. It cannot be public in entirety, because of privacy concerns, but at the same time, the lack of transparency gives the state complete freedom and license to increase or decrease the money supply as they want. This means that the fundamental problem of inflation does not get eliminated. It only changes its shape. In fact, now it is even easier to increase money supply since money does not need to be printed. It need only be coded.

Censor All You Want

This centralization also gives the state the license to monitor every single transaction of the citizens, from buying groceries to books to buying companies.

So, in the future, if the government decides to become totalitarian or wants to push a certain ideology on the people, they can assume total power over the financial system, allowing them unprecedented freedom to censor and ban anything they want--because money plays a role in everything that happens in a country.

If the government "programs the money" so that it cannot be used for certain transactions, there is nothing a user can do to get around it.

What About the Banking Jobs

This is a question that goes around every time a disruptive technology promises to change the world we live in. If we do away with the banks, what happens to the people who work there--especially the CXOs and the billionaires? They won't disappear, ofcourse.

They will get absorbed into the new system, in one role or the other. The next 10 years may see this changeover with much resistance from every corner. The people required to work in the digital economy will need to have a different set of skills as compared with their banking counterparts.

This is a huge change, and not one that can happen quickly. It's a cultural change. If there are frequent changes in government policies during this period, this changeover promises to be messy.

There is also the question of cyber attacks which could possibly hack into and disrupt the functioning of an entire country. It depends on what technology is used to build a CBDC, but if there is even the slightest possibility of a cyber attack, the currency could possibly face devaluation, cause panic among people, and lead to unforetold problems.

In this sense, Bitcoin, which has survived everything thrown at it for years together, is a far more stable, time-tested and tamper-proof currency than a new CBDC.

CBDCs Are Not a Replacement for Cryptocurrencies!

CBDCs are the peak of centralization. Cryptocurrencies like Bitcoin are the maximum decentralization reasonably possible for humanity. For this fact alone, CBDCs cannot replace cryptocurrencies. All big economies are progressing towards their own CBDCs by leaps and bounds. China has even rolled out trials to more than half a million people.

But there will always be a need for freedom, for independence and for being censorship-resistant--that's what cryptocurrency gives you. With all its pluses and minuses, the remainder of a CBDC still cannot replace a Bitcoin. 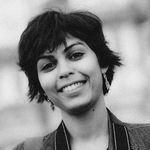